Dancers in the snow scene of “The Nutcracker” balance on pointe during a rehearsal Dec. 2, 2010 at the Musical Arts Center. PHOTO COURTNEY DECKARD.

Reporting by Hannah Alani, Development and graphics by James Benedict

It was the kind of accusation no university wants to hear.

Last March, after a ballet student reported a sexual assault by a lecturer, Indiana University waited six weeks to notify the police.

In those six weeks, the University uncovered allegations by six others against Guoping Wang, 54. Wang worked as a dance coach in the Jacobs School of Music. IU fired him in May.

Read the first two parts of the IDS investigative series into sexual assault at IU. 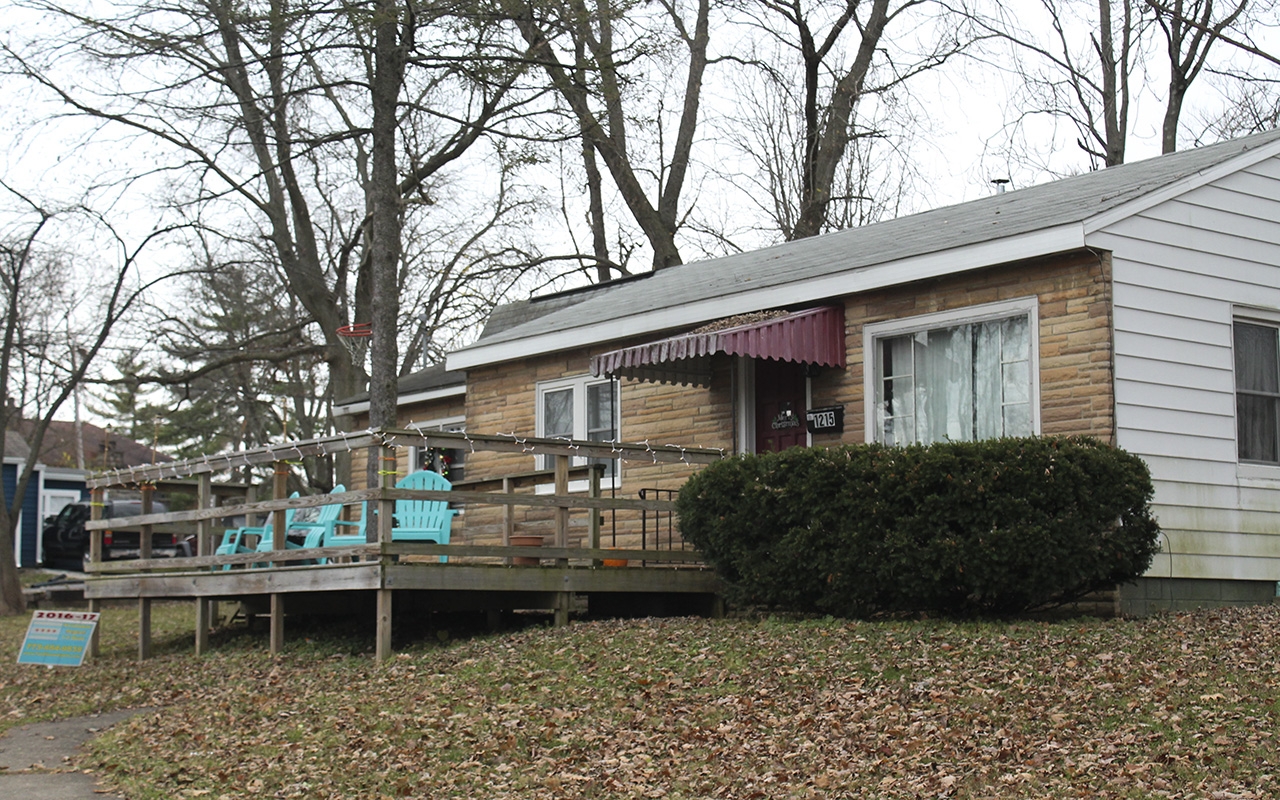 A question of consent 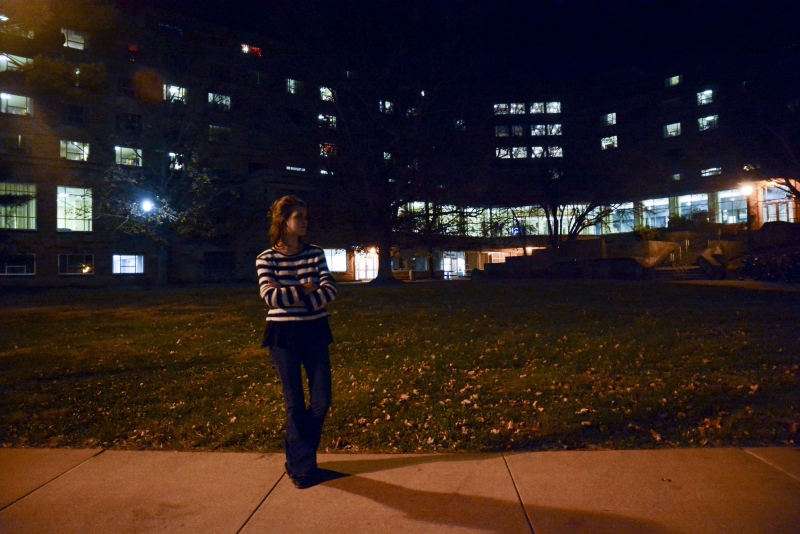 Critics say the University should have called the police right away instead of asking administrators to investigate first. Wang’s defense attorneys say Wang is innocent and argue that the delay in turning over the case to law enforcement was unfair to both the ballet student and to their client.

The ballet student reported that Wang had sexually assaulted her while preparing for the previous fall’s “The Nutcracker.” She said he trapped her in his office, pulled off her leotard and tights and stopped only when he heard someone in the hall.

IU immediately placed Wang on leave and directed university officials to conduct an investigation. The investigation unearthed reports from six more students and staff that Wang had forcibly kissed them on the mouth.

The University did not report any of the allegations to campus police until May 4. IU announced Wang’s termination the following Monday. In July, Wang was arrested and charged with criminal confinement and sexual battery. He is currently out on bond, awaiting a pretrial hearing.

University officials pointed out that they had acted in accordance with their policies and procedures while investigating Wang.

“I feel extremely confident that IU acted responsibly, ethically, professionally, and quickly in this case,” Provost Lauren Robel said in an email to the Indiana Daily Student.

The University’s handling of the case raises a number of questions. Why did officials wait so long to notify IUPD? When did the Jacobs School of Music administrators first learn about any of the allegations?

“I don’t like people who are not trained like detectives and police officers conducting investigations,” said Amelia Lahn, one of Wang’s attorneys. “They don’t do it to the same standard, and then it’s muddying the waters.”

The answers to these questions are likely lying in a 13-page memorandum summarizing the findings and recommendations of the internal investigation. The document also contains accounts by the six other students and staff members. During two and a half months, the IDS has filed public records requests and questioned the administration about the memo and any other documents related to this case.

IU’s lawyers denied the records requests and insisted the memo does not qualify as a public record for several reasons, including the fact that it is part of Wang’s personnel file. The IDS was able to obtain information about the six other alleged victims from an interview with IUPD Detective Nathan Koontz.

Frank LoMonte, director of the Student Press Law Center — a nonprofit organization that advises campus journalists across the country in First Amendment battles — scoffed at the University’s explanation. IU, he said, was making excuses to keep the details of what happened between Wang and the ballet student secret.

“If he had socked her in the mouth, would you regard that as a human resource issue?” LoMonte said. “If he’s ripping people’s clothes off, if he’s physically violent, you have to treat that as an emergency."

The Jacobs School of Music, established in 1921, is a crown jewel of IU’s campus. The nation’s second-best music school, according to a 2010 U.S. College Rankings review, produces ballerinas who often land jobs in the highly competitive world of dance.

In the ballet program, students strive for coveted roles in the annual production of “The Nutcracker.” This year’s production ended Sunday.

Wang, a native of China, danced with the Shanghai Ballet Company for 11 years before joining the Ballet Chicago in 1993. He became a full-time lecturer at IU in 2007 and was promoted to senior lecturer in 2014. Last year, he coached dancers in “The Nutcracker.”

“The Jacobs School handled the case as advised by the offices of the campus,” Richards wrote. “As you can imagine, their assistance was invaluable.”

Koontz and another IUPD detective wrote and filed an affidavit after Wang’s arrest. According to the sworn statement, Wang asked the student to stay late after a rehearsal on Nov. 6, 2015 to work on her technique.

Wang suggested the student move from the dance studio to the hall to practice stretches. Then he invited her into his office, where he left the door open. He demonstrated stretches in which he laid on his back, then asked the student to mirror him.

While she was on the floor, stretching on her back, Wang tried to forcibly kiss her, the detectives said. The student pushed him away and stood to leave, but Wang closed the door.

The student felt frozen, the affidavit said. “Please Guoping, no, this can’t happen,” she said.

According to the detectives, he pulled off the student's leotard and tights.

Both of them heard a noise from down the hallway. Wang walked toward the door, and the student stood and pulled up her leotard and tights. She was able to walk away.

As she left, Wang allegedly told her not to tell anyone about what happened.

The student immediately texted her roommate, who met her outside the Musical Arts Center. For a while, she told no one else. She continued to rehearse for “The Nutcracker” and performed as scheduled. After winter break, Wang bought the student a birthday gift — the affidavit does not describe the gift — and tried to deliver it through her dance partner. The victim then told her dance partner what had happened.

Given the position of power Wang had over the ballet student, the five-month delay on reporting the incident isn’t surprising, said Audrey Moore, a Middle Way House crisis line employee.

“She probably didn’t want to compromise this thing she worked so hard on,” Moore said. “Every person who has experienced sexual or domestic violence has amazing reasons for why they choose to report, or why they don’t.”

The University placed Wang on temporary leave and, following its policies outlined as “UA-03,” launched its own investigation involving the Title IX Coordinator, the Office for the Vice President of Research and General Counsel. Title IX is a federal civil rights law that prohibits sex discrimination in any educational program or activity that receives federal funding. Universities, including IU, task their Title IX coordinators with investigating complaints of sexual misconduct and sexual assault. Nothing in the IU policy prohibits the University from immediately calling the police.

“(Her) account was very similar to the account that was described in the memorandum. She did not deviate in any way ... Her statement appeared to be credible and her behaviors and stress indicators appeared to be authentic as if she was telling the truth.”

Despite IUPD’s belief that the student told the truth, officers waited months, until July 14, to arrest Wang. It took that much time, IUPD Capt. Andy Stephenson said, to reach and interview all of the seven people who reported unwanted advances.

IU officials told Stephenson Wang had been placed on leave and was not allowed to return to campus. They didn’t tell him why. The police did not learn of the details of Wang’s alleged sexual misconduct until May 4, Stephenson said.

IU’s General Counsel denied the IDS’s request to see the 13-page report on the grounds that the report was part of Wang’s faculty personnel file, contained information protected by the Family Educational Rights and Privacy Act and belonged to the IUPD investigatory record.

After reviewing the original records requests and IU’s denial of the requests, Frank LoMonte of the Student Press Law Center laid out several reasons why the report should be accessible.

“This is a complete misstatement of Indiana law,” LoMonte said after reviewing the records request denial. “If they used the document to make a decision on personnel status, it is not exemption ... the law says they have discretion to withhold or not withhold.”

The report’s place in IUPD’s investigatory record should have no bearing on a University decision to release it, he added.

“The fact that the report is being used by police is a completely bogus excuse,” LoMonte said. “This exemption applies to information police gather themselves ... The fact that police stick it into the file does not make it investigatory. That’s just wrong.”

LoMonte was also concerned about the music school’s efforts to keep the allegations quiet.

Jacobs School of Music’s Dean Richards sent a memo to music students May 9 informing them Wang had been fired.

“Student safety is of paramount importance to the university, and to the Jacobs School,” Richards wrote in his email.

“Should you receive an inquiry from the media, do not feel compelled to respond,” he wrote, “and, instead forward it to my office.”

The dean’s words, while not an explicit request for secrecy, served as a warning to students who may wish to speak with the media, LoMonte said.

“Most people read that and assume there’s a punishment,” he said.

The policies that concealed the investigation and its findings from public view are not exclusive to IU. Universities across the country are interpreting the congressional Violence Against Women Act as justification for investigating sex crimes through the Title IX office, as opposed to involving law enforcement, LoMonte said. A recent article in The New York Times highlighted some of the legal battles between student newspapers and university administrations for records relating to sexual assault cases.

“When you run an investigation through the Title IX office, you buy yourself additional secrecy,” LoMonte said. “People are purposefully using Title IX rather than the police.”

Katharine Liell, one of Wang's attorneys, expressed many concerns about IU’s decision to delay notifying the police.

Liell said the decision is indicative of a larger issue. Universities should not be conducting investigations parallel to law enforcement.

“Why are we taking hundreds of years of jurisprudence that has been refined by the courts and congress and throwing it out the window and putting together this internal process through a university setting that doesn’t have any of the protections for the accused?” Liell said.

The 13-page report could answer the following questions:

To whom within the ballet department did the alleged victim report her assault?

Which staff members reportedly experienced sexual misconduct, and did they report those acts to the music school administration?

Why did it take IU so long to notify the police? Were the victim’s wishes a part of that decision?

Liell and Lahn, who defend many students accused of assault during Title IX hearings, said they believe these internal investigations are problematic for everyone.

“It is a terrible process,” Liell said. “I don’t even know if it can be fixed.”