IU wrestling coach Angel Escobedo cheers on IU on Feb. 2 at Wilkinson Hall. Escobedo was hesitant at first to make a public statement in response to the killing of George Floyd by Minneapolis police officer Derek Chauvin, but felt that he couldn't remain silent.

Angel Escobedo said he felt it in his soul.

The third-year IU head wrestling coach was scrolling through his Twitter timeline when he paused at the video of George Floyd.

Escobedo saw a man being pinned against the pavement. He watched a grown man cry for his mother. He said he knew Floyd understood that this was his last moment.

George Floyd was killed by police officer Derek Chauvin on May 25 in Minneapolis. Soon, his death was replayed around the world.

Escobedo is half black and half Mexican. He’s also a head coach in a sport where in 2019, 93% of head coaches were white, according to a study by the NCAA. He’s a father of three kids who have white, black and Mexican heritage.

In 2014, protests spread after Eric Garner was choked to death by a police officer in New York City. In the same year, Michael Brown, an unarmed 18 year old black man in Ferguson, Missouri, was killed by police. Then, Alton Sterling was killed by police in Baton Rouge, Louisiana.

“We’re replaying situations over and over and it's just a vicious cycle,” Escobedo said. “I want change not only for my kids, but other kids out there. For people of color. We should be together, unity.”

Escobedo knew he had to do something. At first, he was hesitant. If he made a public statement, he knew some people would swiftly dismiss him.

Escobedo is a four-time high school state champion from Gary, Indiana. He stayed in his home state for college and suited up for the Hoosiers, where he’s the program’s only four-time All-American. He came back to IU to coach.

Fans’ respect for him could dissolve with one tweet.

“I can’t be silent,” Escobedo thought to himself.

Growing up, Escobedo admired Martin Luther King Jr. Escobedo idolized King’s peacefulness even though people were filled with enough hate to pull the trigger on him. Escobedo respected Muhammad Ali, who was despised for stepping out of the ring and into the political sphere.

Two days after Floyd’s death, before many other sports figures chose to speak out, Escobedo posted on Twitter to his audience of more than 10,000 followers.

“We need unity and we need to accept each other’s differences,” Escobedo wrote in a long message. “We all can make a positive difference in this.”

Powerful video! This is an opportunity for all of us to be a part of something bigger than ourselves. Race is an uncomfortable topic but we can’t be afraid to speak up. We need unity and we need to accept each other’s differences. We all can make a positive difference in this 🌎 https://t.co/WrfCIaRNdD

He sent out the tweet and then shut off social media to block out negativity. Escobedo reads to escape from stress. He recently finished a book on leadership titled “Drive: The Surprising Truth About What Motivates Us.” He frequently studies successful people and their philosophies.

Later, Escobedo would log back on, conveying his beliefs of love, peace and acceptance. The hate stays away.

At the forefront of it all, Escobedo contributed to a discussion that has been ongoing for hundreds of years.

“No matter how uncomfortable race is, the subject, it needs to be brought up,” Escobedo said. “That’s the only way we gain knowledge and understanding. Asking me or someone of color ‘How do you feel through all this?’ and ‘What has gone on in your life?’” 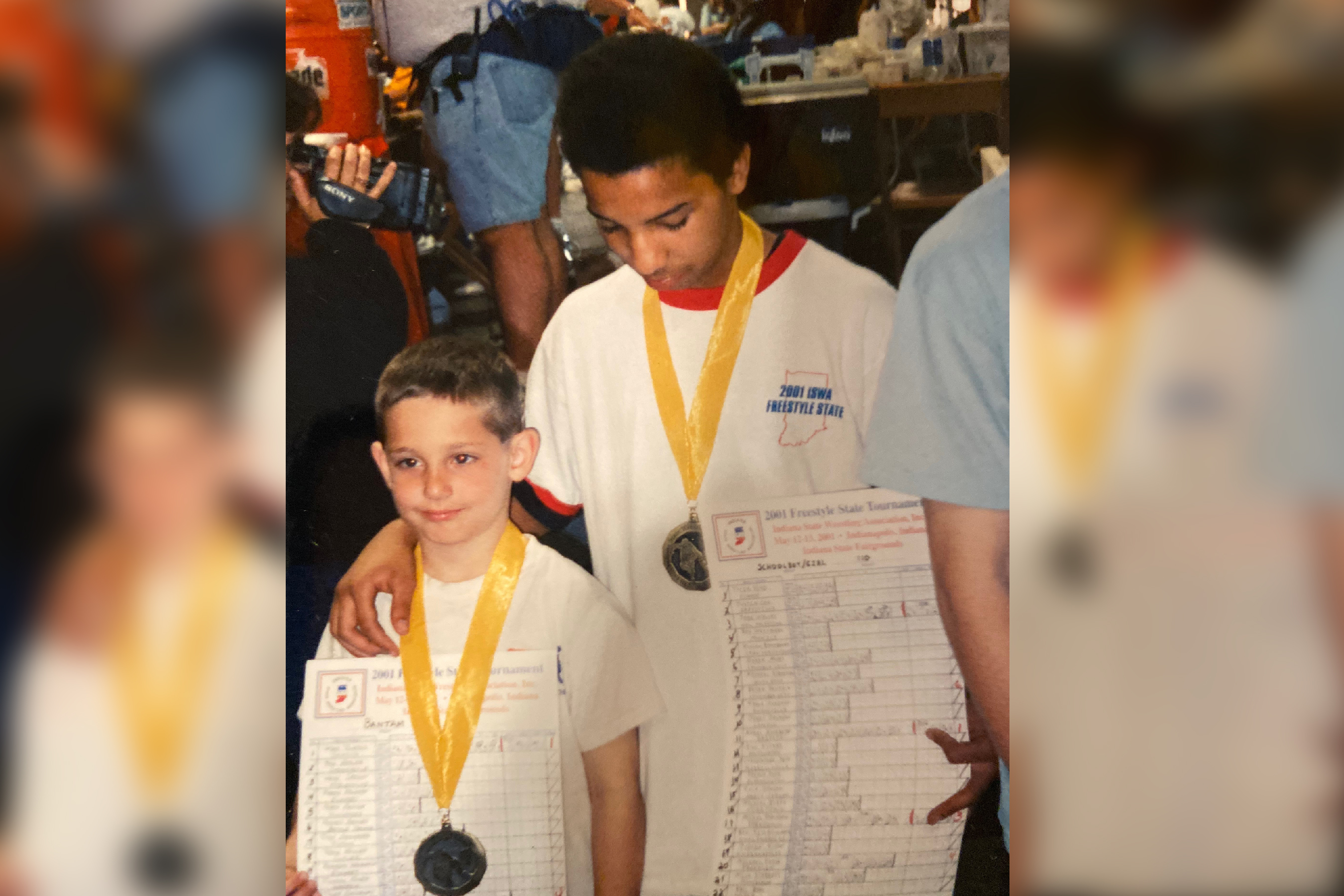 It was his freshman year at Griffith High School. He was coming off an undefeated state championship season.

At the time, his hair was braided into cornrows. There was a girl he wanted to ask out, but he didn’t feel comfortable with how he looked to go through with it. So, he got a clean cut.

“Maybe, they would accept me,” he thought.

After their first night out, the girl told Escobedo it would be their last date.

“My parents don’t want me dating a black person,” she said.

“You just think that once you accomplish all these things that maybe you wouldn’t be vulnerable to those things, but that wasn’t the reality,” Escobedo said.

More than a decade later, during his time at Iowa State University, he still couldn’t evade the shadow of racism.

For three years, Escobedo was an assistant for the Cyclones under head coach Kevin Jackson, who is black.

One year, the team had more African-Americans than most programs — with about 30 percent. After a team event, Escobedo was driving a recruit’s parent back home.

“You know what, I’m actually loving it,” the parent said.

“Oh really,” Escobedo responded. “What did you think before you were coming here?”

“I’m not going to lie,” the parent said. “I thought, and I heard, that the Iowa State wrestling team has a bunch of thugs on it.”

Escobedo was taken aback, but had to stay calm. Guys on the team were graduating. No one was getting arrested. They were doing the right things.

“Why would anyone think that?” Escobedo responded. “I don’t understand where that thug concept came from because that’s far from the truth.”

Internally, he was infuriated. Despite his answer, he knew exactly why the team had been given that label.

“They’re young men trying to do the best that they can,” Escobedo said. “For people on the outside to break them down just because the color of their skin is upsetting. These kids are working extra hard to break that viewpoint other people have.” 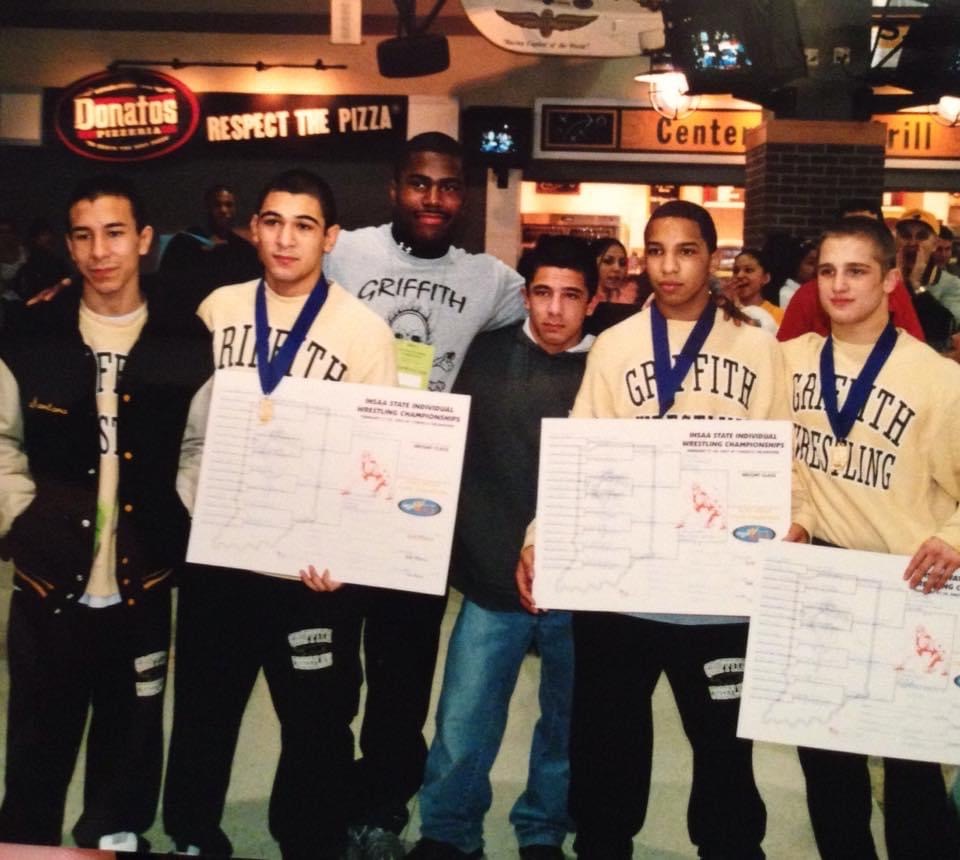 There were times when Escobedo felt alone. Attending a predominantly white high school, he’d hear jokes that made him uneasy. Gazing around a classroom as a student at IU, most people he’d see didn’t look like him. He’d brave “the looks.”

There were times when he was afraid.

“You wish that you can explain it,” Escobedo said. “But, sometimes you feel like you can’t.”

DJ Washington, a rising redshirt freshman on the IU wrestling team who is black, texted Escobedo last week. Last season, 7% of Division I wrestlers were black.

“This is kind of crazy,” Washington wrote. “How do you feel about this whole situation?”

Escobedo told Washington they were in this together. That he supports Washington no matter what. That the Escobedo residence is always open.

“There’s going to be situations where maybe he loses friends or girlfriends or family members or whoever might judge him for the color of his skin,” Escobedo said. “I’m trying to help him understand that it’s not his fault if people feel that way. All he can do is be the best person that he can be.”

Escobedo is more than 10 years older than Washington. Time has passed since he donned a singlet. But, he said he still relates to how Washington feels.

In the Big Ten last season, IU was the only wrestling program with both minority head and assistant coaches. In the conference's meetings, Escobedo would survey the room and, again, see people that didn't look like him.

IU assistant coach Mike Dixon is part of the 19% of nonwhite assistant coaches in the country, according to a study by the NCAA. Dixon’s great-great-grandfather was a slave in North Carolina. His grandfather couldn’t vote. His father went to a segregated school.

“This country has come a long way,” Dixon said. “You should never be at a finished product where you think that everything’s OK. You should always be progressing to be better. As a society, we can be better.”

Part of the reason they both got into coaching was to help young men like Washington navigate life.

“My job right now is not just to teach wrestling holds,” Dixon said.

Throughout last season, Escobedo repeatedly stated he wanted the program to feel like family. He invited the team over to his house to meet his kids. He ate lunch with wrestlers in a one-on-one setting to get to know them better.

That culture allowed Washington to be comfortable talking to his head coach about race.

Escobedo and Dixon spoke last week about the recent events around the nation. In a time of turmoil, their main focus was figuring out how they can continue to support their community and the team. They want to be “a beacon of light” as Escobedo describes it. Next year, they plan for the wrestling program to collaborate with the local Boys and Girls Club.

“A lot of times it’s about giving back to people that maybe can’t give you anything back.” 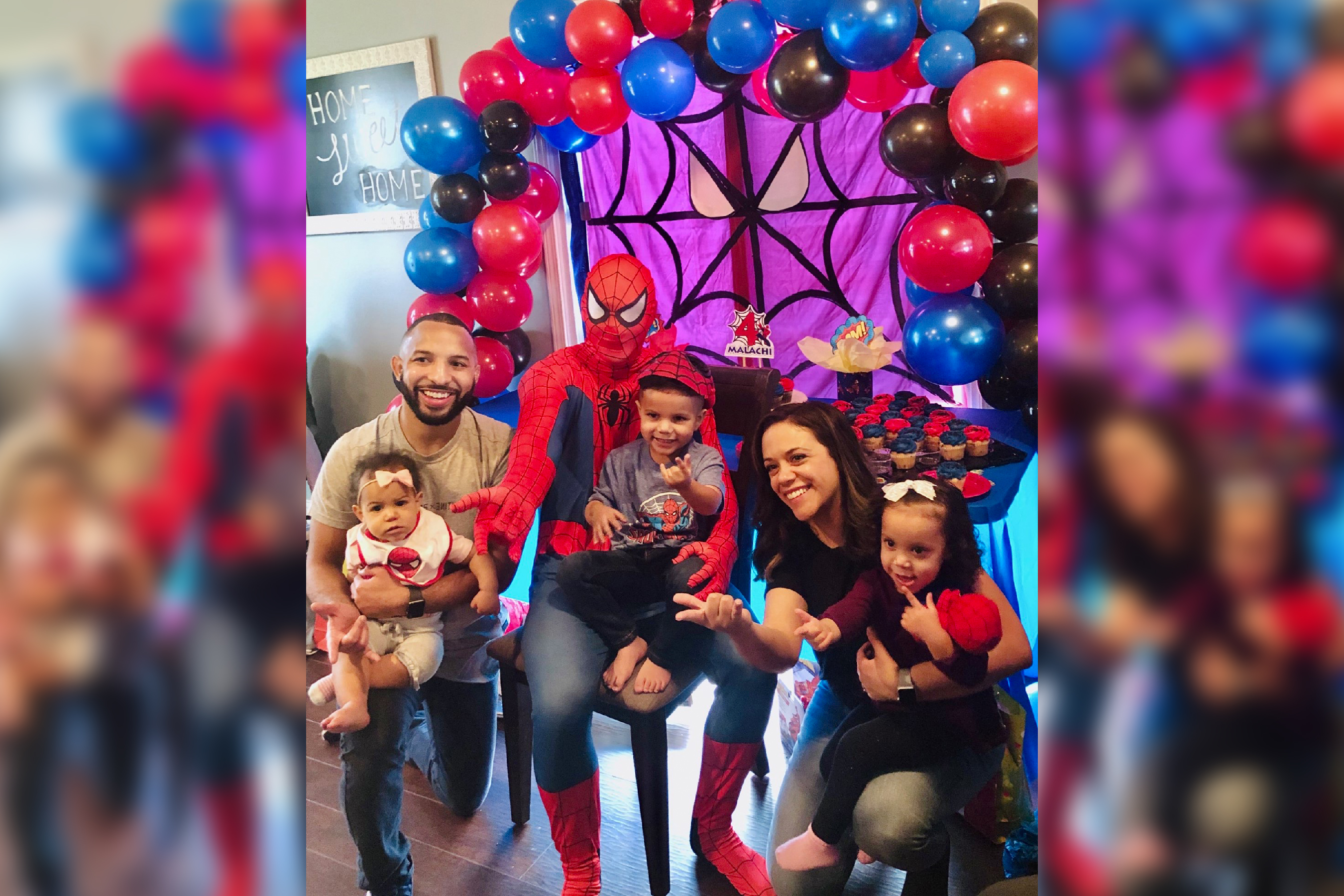 Escobedo fears for his children.

Zoe’s favorite song is "Baby Shark." A close second is Drake’s hit single “Toosie Slide.” Sometimes, she’ll stretch out her tiny fingers and point to the family’s Alexa device, signaling Escobedo to flip on the melody. He dances while Zoe swings her small legs.

Escobedo hopes Zoe will never be judged based on the color of her skin.

The middle child, Saniyah, is 3.

Saniyah loves princesses. She wears dresses and gets her nails painted.

Escobedo hopes Saniyah will never feel like she has to be someone else to be accepted.

Malachi has already started to learn wrestling moves from his champion father. He adores the Avengers and superheroes. He sports a red Power Rangers costume around the house.

Escobedo hopes that Malachi will never be viewed as a threat because of the color of his skin.

Escobedo doesn’t want them to go through what he felt.

“What can we do as humans to help our fellow humans out?” Escobedo said.

The names of those slain are etched in history: George Floyd, Trayvon Martin, Eric Garner, Alton Sterling and many others. This year, after the killing of more unarmed citizens, more voices are emerging.

“Right now this is the story of the day,” Dixon said. “On July 4, what are we going to be talking about then? Is there going to be change?”

Escobedo and Dixon are trying to preserve a dream left by a man that came before them. 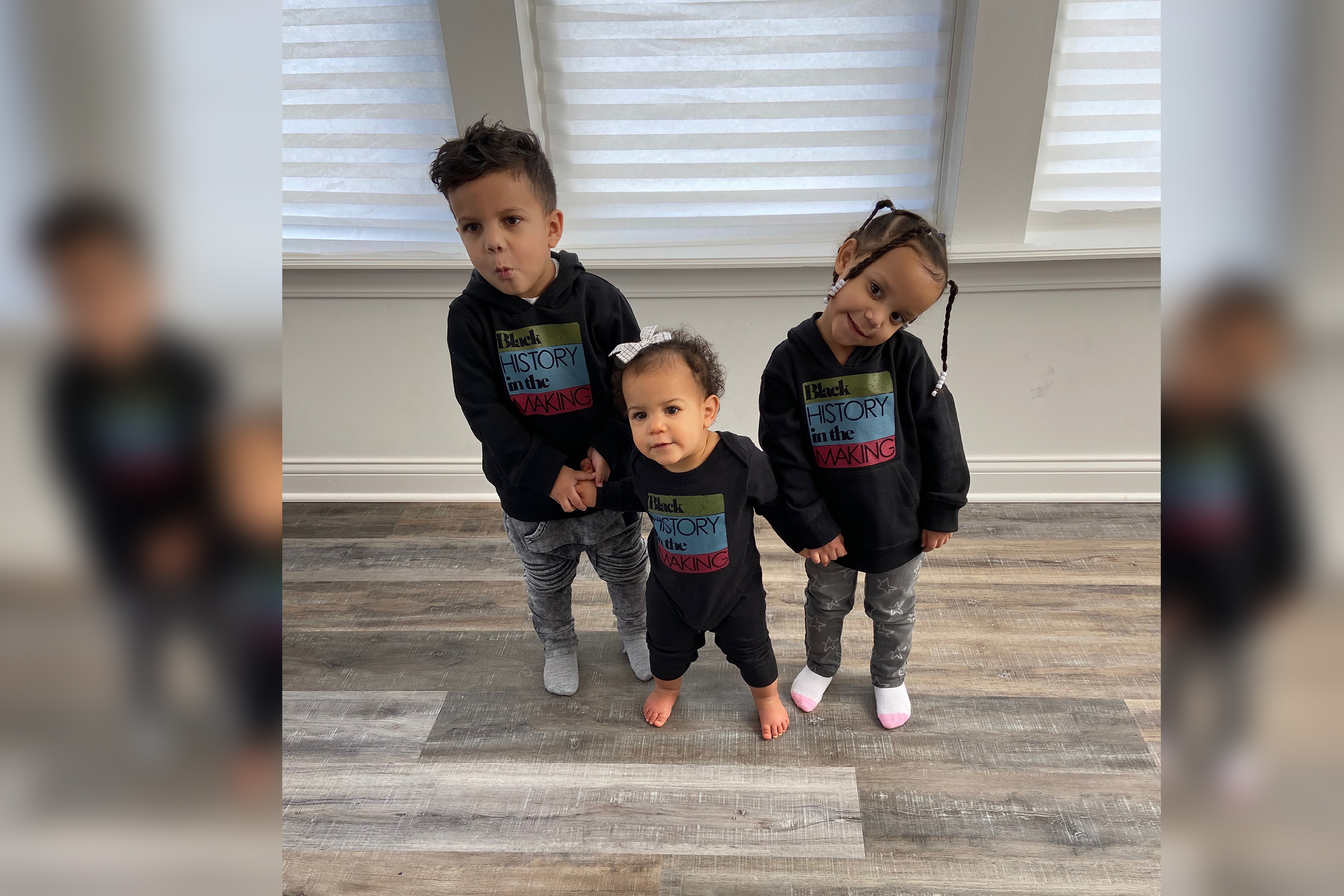 From left, Malachi, Zoe and Saniyah Escobedo wear matching sweatshirts. They are the children of IU Wrestling head coach Angel Escobedo and his wife Pauli. 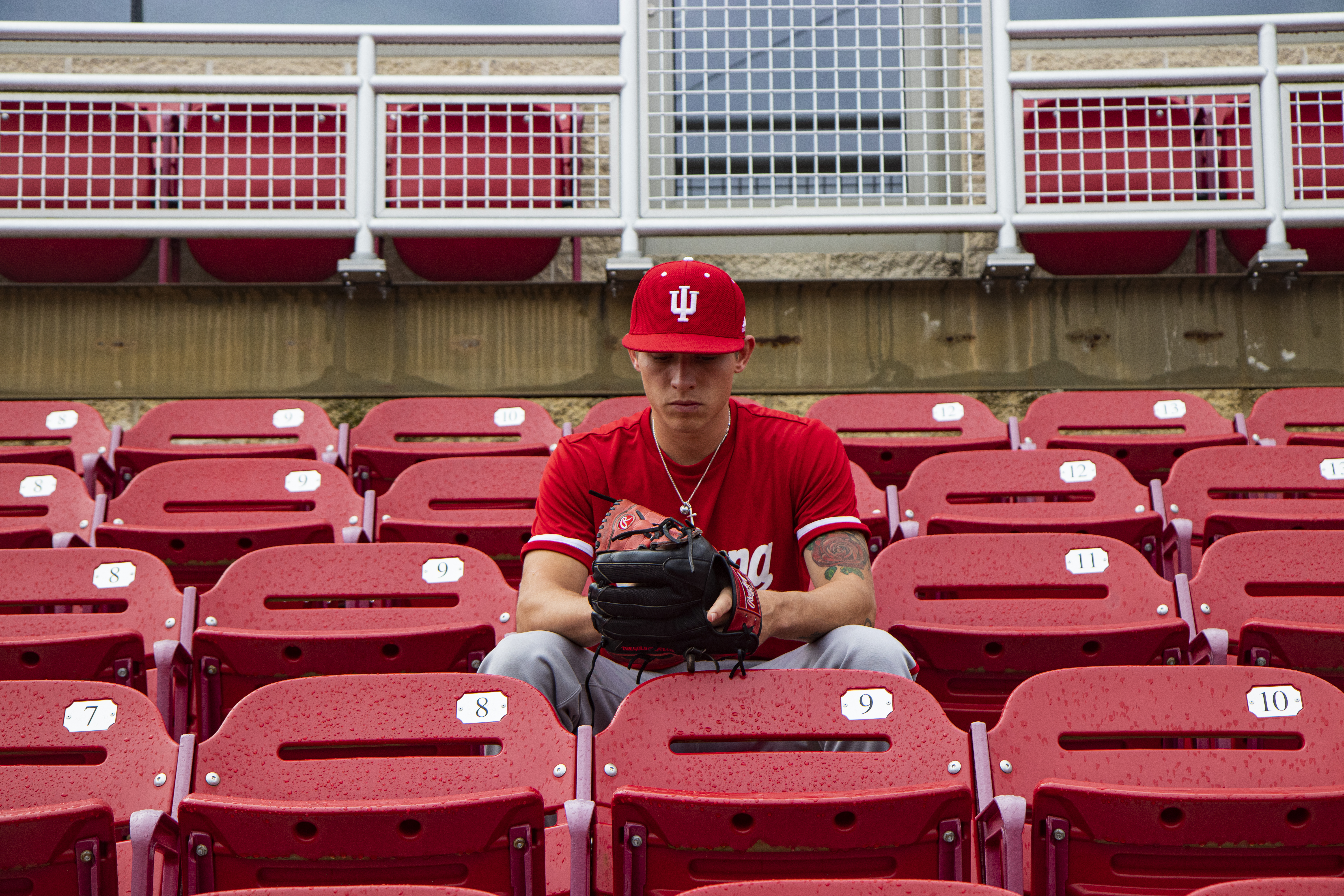 Around his neck, Gabe Bierman wears a small silver baseball. It’s a symbol of the sport he grew up with, the one that helped keep his family together through tough times. 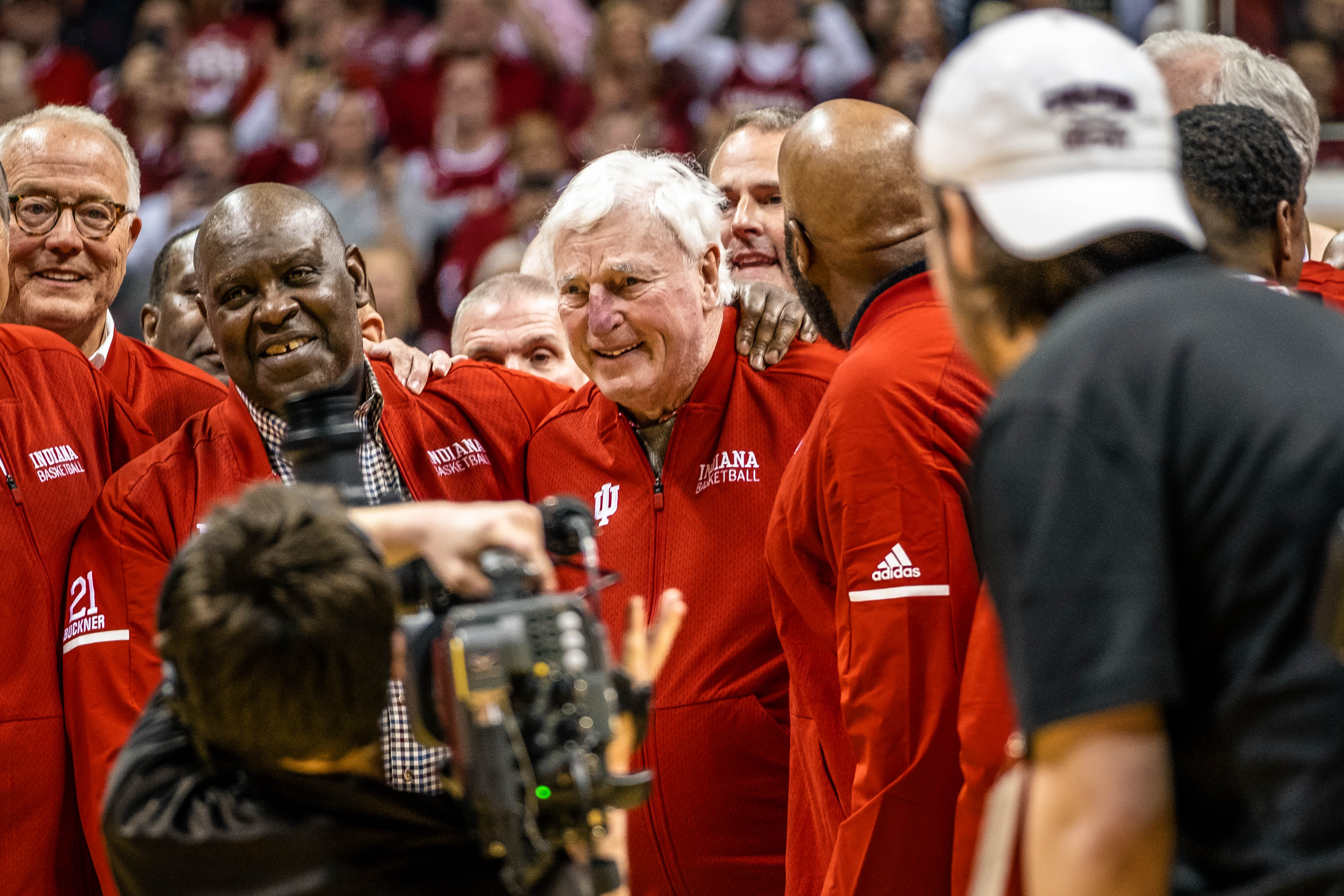 How they brought the General home

Randy Wittman got the save-the-date card in early January. The reunion of the 1980 IU men’s basketball Big Ten championship was about a month away. He knew he had to call his coach, Bob Knight. 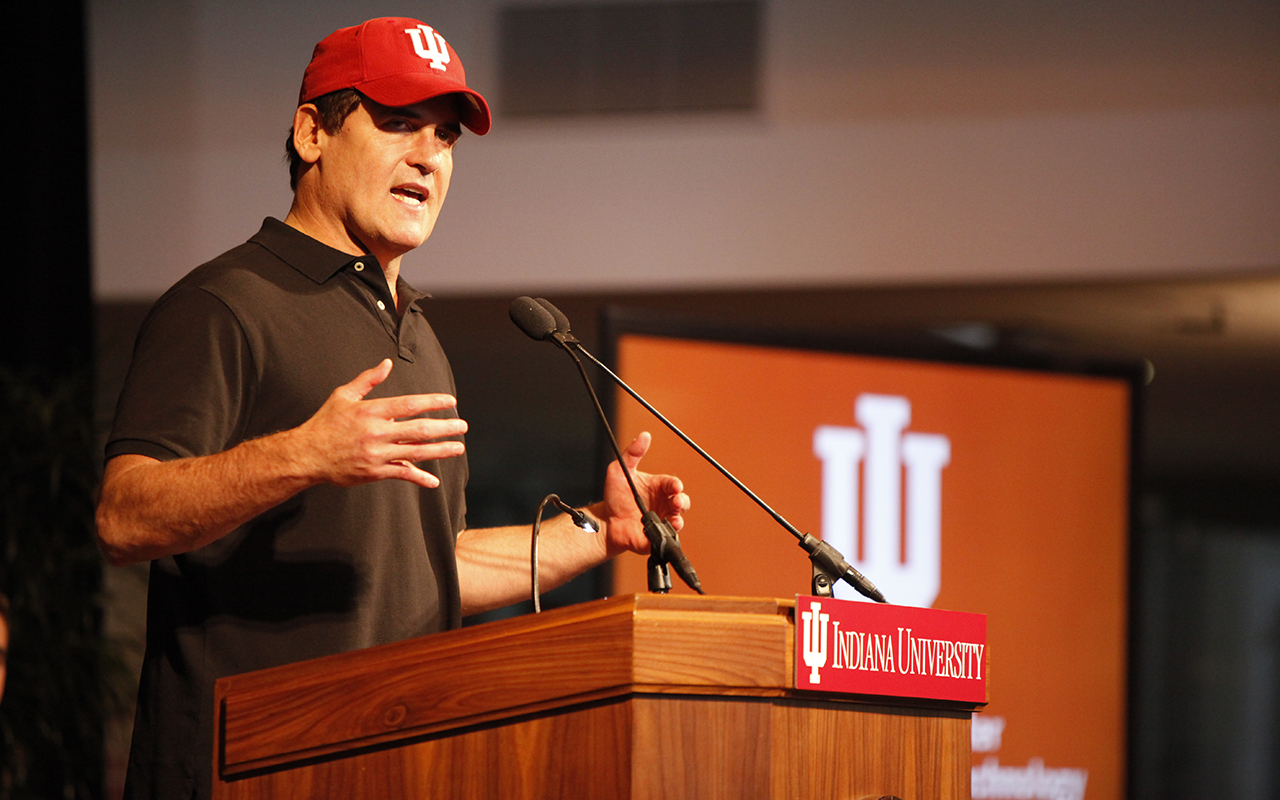 How the IU men’s tennis team Zoomed with Mark Cuban

Patrick Fletchall had an email address. That’s it. As a freshman on the IU men’s tennis team last year, Fletchall tucked it away in case he would need it in the future.